Putin’s ‘Z-t-shirts’ on sale: ‘They profit from the war’

The mysterious letter Z, drawn on the armored vehicles of Russia advancing in Ukraine, was put up for sale by Russian television, printed on t-shirts. T-shirts with a price of approximately 222 TL, on the other hand, caused a reaction.

On the fifth day of Russia’s occupation of Ukraine, while Russian television continued its propaganda broadcasts, Russia Today, one of the most well-established broadcasting organizations in the country, put on sale ‘Z-t-shirts’ supporting the invasion of Ukraine.

T-shirts, produced based on the mysterious letter Z drawn on Russia’s armored vehicles advancing in Ukraine, were put up for sale to support ‘Russian soldiers’ in the war.

It was stated that the money collected will go to ‘help the Russians living in Donbass and the heroes of the RT Children of War project’. 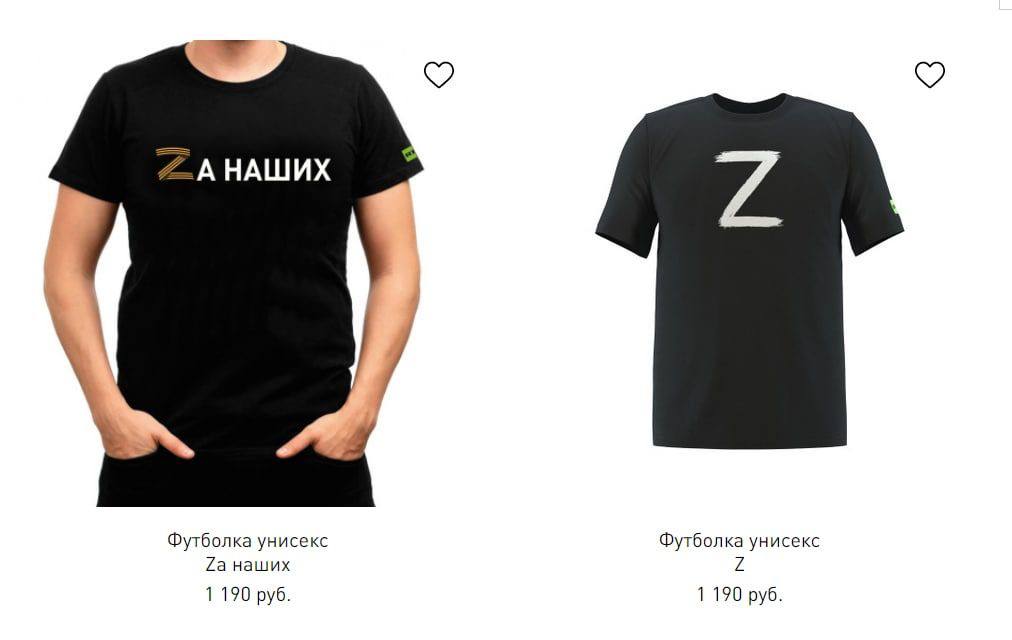 Russian Today also posted ‘Z t-shirts’ on social media, saying that the channel has ‘new products’. The selling price of the t-shirt was announced as approximately 12 pounds, or approximately 222 TL.

In the published message: ‘RT has new products. Let’s support our men in Ukraine. We’ll start sending Z’s to our friends tomorrow.’ statements were included.

The fact that Russian television started such a sale drew a reaction. While many people were broadcasting messages targeting RT on Twitter, the expressions “They are profiting from the war” were used.

WHERE DOES THE Z SYMBOL COME FROM?

The letter Z on the Russian tanks advancing in Ukraine has been the subject of discussion for a while.

The presence of the letter Z belonging to the Latin alphabet, which is not in the Cyrillic alphabet, on Russian tanks brought along various claims.

According to one claim, the symbol Z represents the first letter of Ukrainian President Volodymyr Zelenskiy’s surname.

‘POINT OF NO RETURN’

According to another claim spread on social media, the letter Z was drawn on the tanks that crossed the border “in preparation for the invasion” as the symbol of the regions in Ukraine. Some suggest that Z stands for “Zorro Brigade”, others suggest it stands for “Point of no return”.

Analyst Rob Lee, who works on the Russian army, has a different theory. Lee noted that the vehicles with the capital letter Z on them may belong to the Russian troops undertaking different military missions in Ukraine.

Drawing attention to the fact that the Ukrainians have very similar tanks, Lee said that drawing a large letter Z on the tanks aims to prevent possible friendly fire.

According to experts familiar with military symbols, the letter Z was used on tanks and military vehicles by the Allied states, including the Soviet Union, during World War II to prevent friendly fire. Even during the 1st Gulf War, the US and British troops resorted to this method.

Therefore, the predictions of military experts are that the letter Z is intended to distinguish Russia’s own vehicles.

Photographs of Russian armored vehicles marked with the letter Z, advancing towards the Ukrainian border, were previously reflected in the press. The letter Z was interpreted in the international press as a “sign of war”.

Allegations of sabotage to Nord Stream: They accused each other, footage of the leak was published

Blood-curdling image: He broke his leg to escape from the soldier

Zelensky: "Russia's recognition of these fake referendums will mean that there is nothing left to discuss with this Russian president"