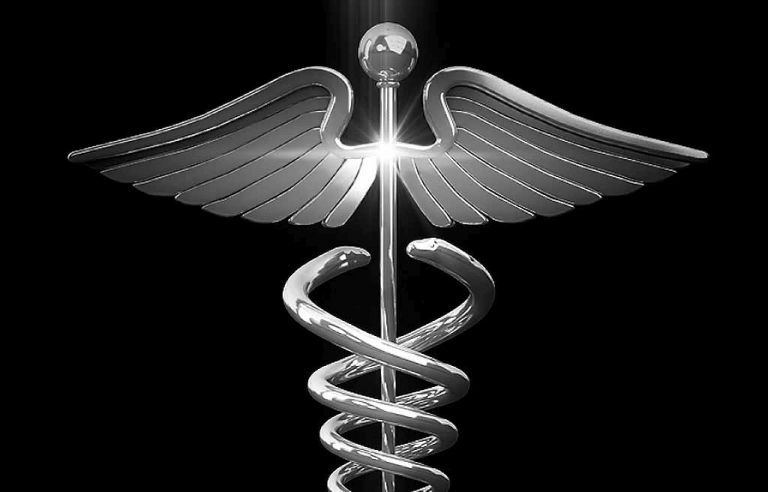 A study in the framework of the Initiative 1821-2021 highlights 63 persons who contributed more to the progress of clinical medicine and biomedical research since the birth of the Greek state.

From the first doctors of the Greek state and Georgios Papanikolaou of the “Pap test” to Alberto Burlas of Pfizer and Menelaos Pangalos of AstraZeneca, the Greeks who contributed most to the progress of clinical medicine and biomedical research are presented with a study under the 1821-2021 Initiative.

A total of 63 Greek physicians and biomedicine researchers were selected from 120 distinguished scientists in the study of the ARISTEiA Institute for the Promotion of Research and Education in the Arts.

Three of the selected scientists attended the presentation of the study that took place last week at the Bodossaki Foundation: academics and professors Charalambos Moutsopoulos of EKPA, George Paxinos of the University of Sydney and Andreas Tzakis of Cleve.

Among others, the list also includes Aristides Patrinos, former director of the Human Genome Program, and pharmacist and founder of pharmaceutical companies George Behrakis.

As stated at the event by Konstantinos Drosatos, vice president of the ARISTEiA Institute and responsible for the implementation of the study, the selection of 63 personalities by the scientific council of the research was not only based on bibliographic criteria.

“Those whose work was judged positively for its originality, for its leadership in international scientific activities, for its global impact on medicine and research, but also for its timelessness,” said Mr. Drosatos. 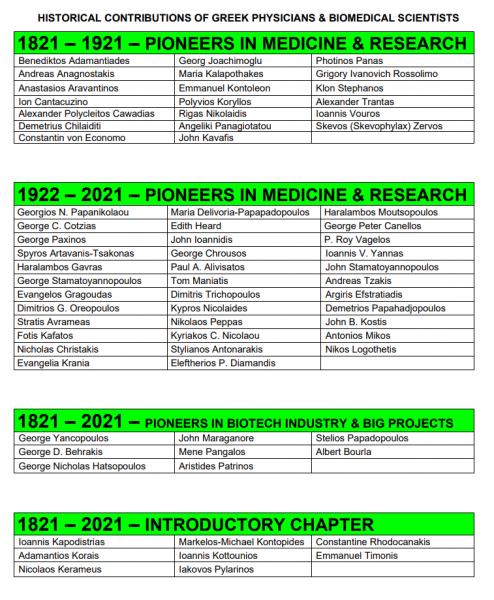 The geography of Greek Medicine

From the time of the division of the Greek space between the Ottoman Empire and Venice, the Greek populations found themselves in a special political, social and economic position being divided between East and West.

In these conditions, a part of Hellenism functioned as a carrier of knowledge between the two worlds. The team of Greek doctors who studied and worked in the West, practicing their profession in the East, also belonged to this department. Greeks were present in the medical history of all the Balkan countries and Turkey.

The later establishment of the University of Athens and its Medical School was decisive for the educational geography of Greek medicine and related scientific subjects. Often, the first graduates of the University of Athens studied in Greece, continuing their education and research in Germany and France, or later in Great Britain and the USA, to return to Greece for a university career.

The University of Athens also changed social geography significantly. The new generations of scientists did not come only from the upper social classes. The first 100 years after the revolution were decisive for the formation of the characteristic structures of the Greek medical world. Then the foundations were laid for the state health legislation and the scientific action of many doctors and scientists.

World War I and then the Asia Minor Catastrophe and the loss of geographical space in the east caused a wave of dispersal of Greek scientists to western countries with an emphasis on the Anglo-Saxon world and the United States which welcomed the talent of hundreds of Greeks.

This period coincided with cosmogenic discoveries and developments in Biology and biomedical research that revealed new perspectives in the treatment of diseases and the pharmaceutical industry. The explosion of knowledge of this period is reflected in a significant increase in Greeks that the study identified in the period after World War II.

Next to the widely known George Papanikolaou, this period includes dozens of Greeks with hundreds of scientific contributions covering almost every field of Medicine and Biomedical research.

The study of Greek physicians and biomedicine researchers of the last 200 years highlighted a community with a project of timeless value, global presence and international recognition. The biographies of these Greeks are full of examples of hard work, excellence and love for man.

The results of the study will be presented soon in a book and will be used in scientific publications that are being prepared.

Scientists warn against plans to artificially dim the Sun

Putin’s battle plan revealed: the ultimate goal of the game is the recognition of Donbass