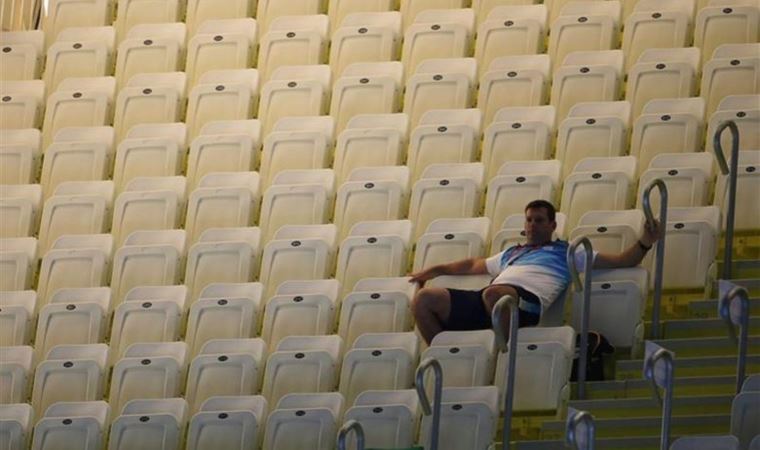 It has been noted that the number of spectators on the courts, where hundreds of tennis players, both single women and men, have been struggling for about a week to enter the main table, is almost non-existent in Melbourne, Australia.

In Australia, where the daily number of coronavirus cases is above 100 thousand, it was reported that instead of the number of spectators reaching record levels every year, even in the qualifying rounds, silence prevailed both on the courts and in the facilities where the tournament was held this year.

Days before the start of the main draw matches at the Australian Open, the first grand slam tournament of the season, the Victorian State Government announced on 13 January that only half of the tickets will be sold as part of the coronavirus measures.

The state government, which did not disclose how many tickets have already been sold, but pointed out that the sales were below 50 percent, made it official that the main draw matches will be held with an unusually small number of spectators.

According to the data in the last 24 hours in Australia, 130 thousand 35 more people were diagnosed with coronavirus, while 56 people died from the virus.

Since January 25, 2020, when the virus was first recorded, 1 million 532 thousand 77 people have been infected with coronavirus, while 2 thousand 580 people have died across the country.

Tony Watt, whose transfer is on the agenda: ‘If I had chosen money, I would have gone to Turkey’

U12, U14 and U16 qualifying competitions started in Erzincan

Named draconian conditions for fans at the Olympics in Beijing

“Lukashenko is drifting towards the abyss”: Old Man has prepared an “emergency exit” for himself