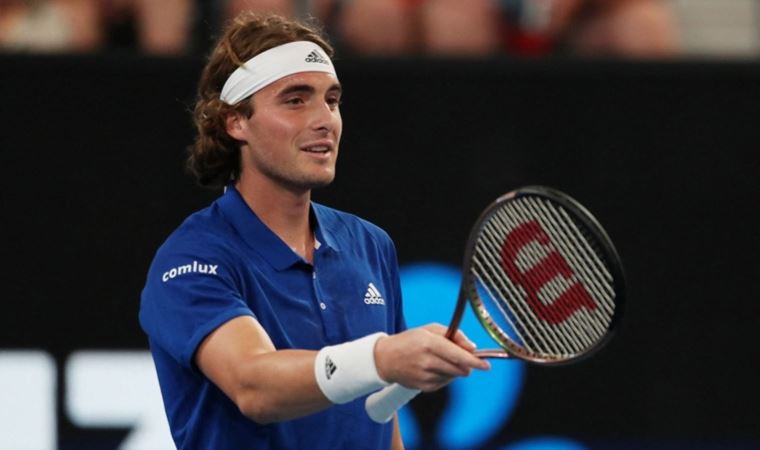 23-year-old Greek tennis player Tsitsipas, who continues his preparations for the Australian Open with his training at Rod Laver Arena, criticized Djokovic in an interview with India’s WION news channel.

“Statistics show that 98 percent of the players have been vaccinated and are doing what they have to do to come to Australia and show their performance,” said Tsitsipas, who reacted to the fact that some players, including number one in singles Djokovic, received an Australian visa despite not being vaccinated.

“A very small group has chosen to go their own way, and it makes the majority look like they’re stupid or something,” the Greek racquet said.

Tsitsipas said the Serbian racquet, who did not comply with Australia’s Covid-19 vaccine requirements, risked his chances of winning his 21st grand slam title.

“(Djokovic) Of course he plays by his own rules and does what many players don’t dare to do, especially after the ATP announced certain criteria for players to enter the country. No one really thought they could come to Australia unvaccinated and without having to follow protocols,” Tsitsipas said.

Tennis Professionals Association (ATP) announced that 97 of the top 100 male players had their Covid-19 vaccines.

Djokovic, who is waiting for the decision of the Australian Immigration Minister Alex Hawke on whether he can stay in Australia and matched with his compatriot Miomir Kecmanovic in the first round of the draw, continues his training.

It is not yet known when Minister Hawke will make his decision, after investigating whether the Serbian tennis player made false statements in the visa application forms to Australia.

Djokovic, who did not disclose whether he had a Covid-19 vaccine or not, stated that he would participate in the Australian Open Tennis Tournament, which will be held in Melbourne on 17-30 January, with a medical exemption decision.

After reaching Melbourne, Djokovic, whose exemption decision was not accepted and his entry visa was canceled, was sent to the hotel where the refugees were held.

In the case before the Australian Federal Circuit and Family Court, Djokovic was found to be right, and the Australian government’s visa cancellation decision was lifted.

Last year’s Australian Open champion Djokovic, who left the hotel after the decision, started training at the facilities where the tournament will be played.

Tony Watt, whose transfer is on the agenda: ‘If I had chosen money, I would have gone to Turkey’

U12, U14 and U16 qualifying competitions started in Erzincan

Named draconian conditions for fans at the Olympics in Beijing

Blockchain: Consensus of Nakamoto, guarantor of bitcoin (BTC) and other cryptocurrencies