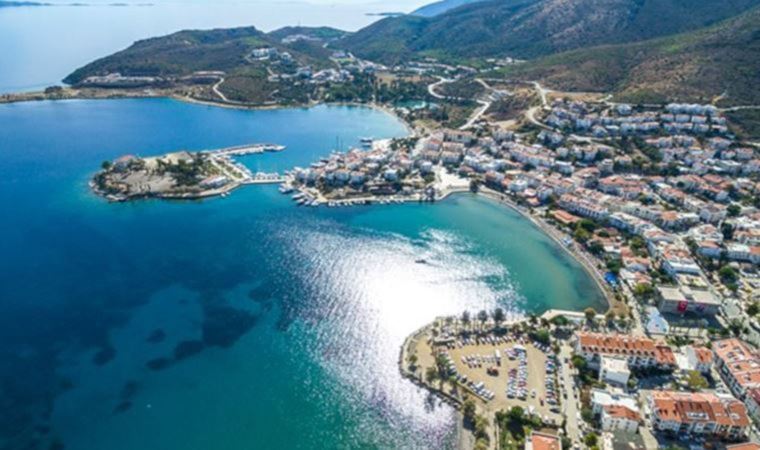 The EIA Process in the Datça Marina Project continues with the “illegal construction” claim and environmental destruction discussions. The project, which was approved in 1997 with a capacity of 270 yachts, is being revised and tried to be transformed into a huge marina complex. The project was discussed at the meeting at the Ministry of Environment, Urbanization and Climate Change. Muğla Deputy Süleyman Girgin, who attended the meeting, said, “Datça Peninsula is a Special Environmental Protection Area. It’s an area we need to tremble on. We have to preserve the texture of the region. The Ministry of Culture and Tourism also considers Datça within the scope of Ecological Tourism and proposes the “ecocity” approach. The Ministry of Transport and Infrastructure shows the opposite approach. Obviously, the Ministry of Transport and Infrastructure is in a hurry,” he said.

Reminding the local people’s words “What are you doing in Datça if you’re in a hurry,” Girgin said, “No one has the right to harm a district where this calmness and naturalness combine with historical richness, by building a huge marina project without asking the local people, without a plan.”

“Located in Istanbul, where 15 million people live, Turkey’s second largest and Istanbul’s largest marina is Fenerbahçe Port, established on an area of ​​300 thousand hectares. This port has a total mooring capacity of 1511 yachts, 1291 of which are at sea and 220 are on land. When you think about this number, it is not possible to understand the proposal for a marina with a total capacity of 546, 426 of which are at sea and 120 on land, in Datça with a population of only 23 thousand. Issues such as the maritime traffic and sea pollution that this capacity will create and the traffic load it will create on the district are ignored.

When the port first came to the fore, it had a capacity of 270 yachts. At that time, we said that we would not object to this port if the EIA Report was completed scientifically and without disturbing the natural structure of Datça. We also submitted a question about when the project will be completed in its initial state.

However, the project is intended to be transformed into a huge marina project in a small marina.

The project is turning into a project that will disrupt the whole texture of Datça with the proposed capacity increase and the construction of a hotel and shopping area, contrary to the views of the Municipality. The current project means the murder of Datça as it stands. What is the need for such a capacity? Can Datça handle a marina of this size? Did you ask the Datça Municipality, the local people?”

Finally, Girgin said that after the meeting at the Ministry of Environment, Urbanization and Climate Change, the work of the Investigation and Evaluation Commission was stopped due to the deficiencies in the EIA Report and the opinions of the institution.

Alibasov Jr. decided to rescue Fedoseeva-Shukshina from the nursing home

Blockchain: Consensus of Nakamoto, guarantor of bitcoin (BTC) and other cryptocurrencies

Alibasov Jr. decided to rescue Fedoseeva-Shukshina from the nursing home